Demo: An actual threat graph from a real-life case 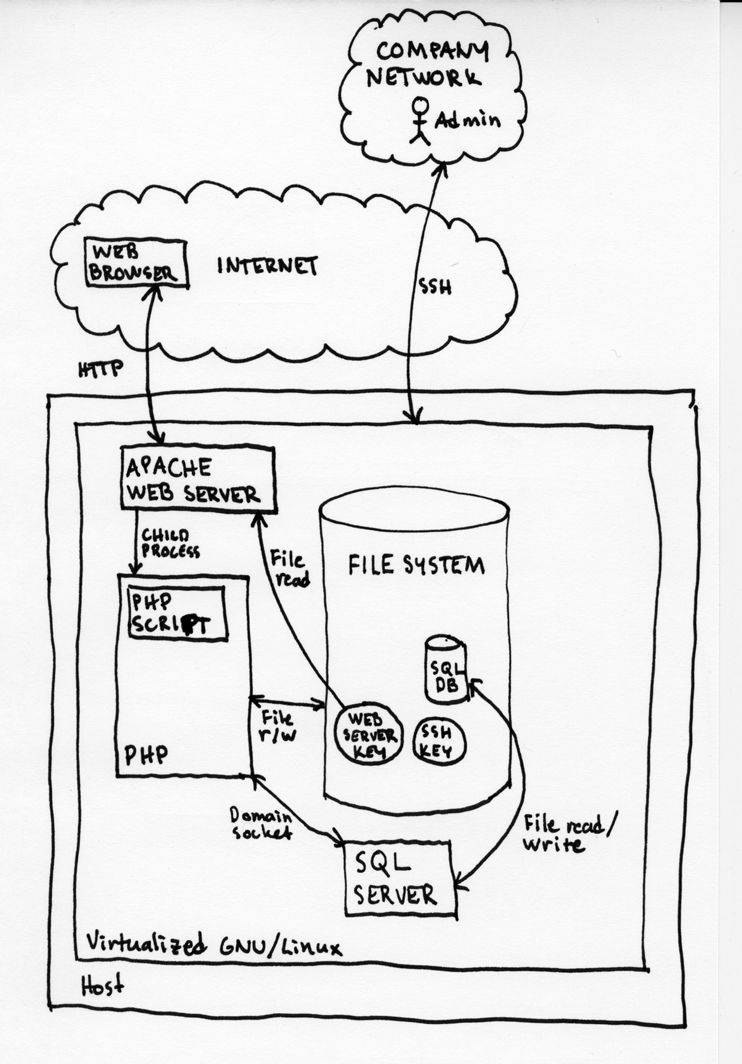 Discuss: Apart from the fact that Microsoft PowerPoint clearly is the wrong tool to do architectural risk analysis diagrams (this is why we do it on a whiteboard instead), even a simple assumption of a “web server” can turn up to be a can of worms. The picture above is pretty bad; it doesn’t, for example, show data flows properly and only does a first stab at opening up the complexity of the processing blocks of the system. What is missing? How would we drill down to it more?

A picture is a thousand words

Discuss: The list of considerations, above, is of course not complete. What other types of sources would you use for getting ideas of aspects to discuss about?

This is lecture support material for the course on Software Security held at Aalto University, Spring 2016. It is not intended as standalone study material.