Part 1: Bugs are functionality, too

A "front-end" with a small codebase creates sanitised input 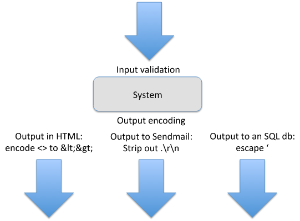 Part 2: Privilege elevation on the web

Discussion: How does HTTP work? How do cookies work? (This is supposed to be prerequisite knowledge, but it is useful to go through to ensure it is clear for everyone.)

Discussion: Which execution environments or languages exist in the web application space? Where are they executed? Where does the code that they execute, come from? 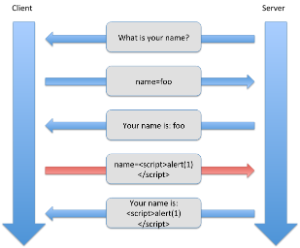 Discuss: What aspects of the system model of Part 1 contribute to the existence of the XSS problem?

Discuss: What aspects of the system model of Part 1 contribute to the existence of SQL injections?

Note: Cross-Site Request Forgery, discussed below, is one of the topics of the weekly exercise. It will not be demoed during the lecture, but if requested, we will demonstrate it during the weekly “lab hours”.

Note: The weekly exercise involves the use of attack proxies. We will do a high-level introduction to them during the lecture to get you up to speed. If you need more face-to-face coaching, that is available during the “lab hours”.

Demo: We show both Burp Suite and Zap in practice, how they look like, and what concepts you need to understand about them.

This is lecture support material for the course on Software Security held at Aalto University, Spring 2016. It is not intended as standalone study material.