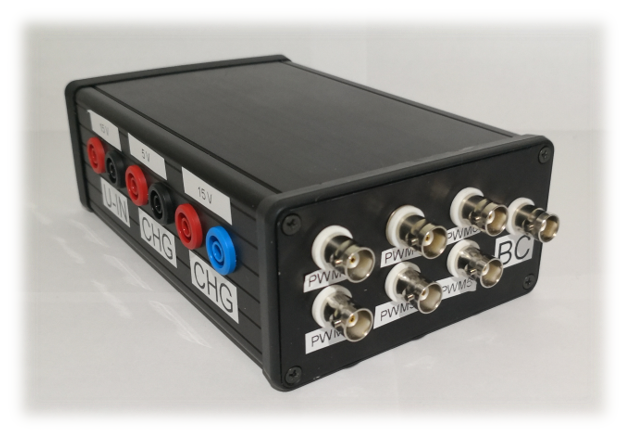 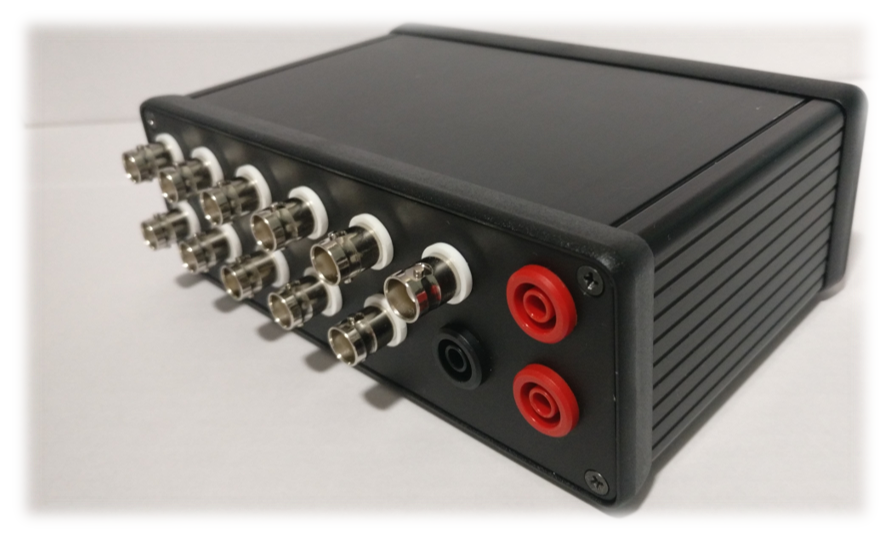 Aalto University School of Electrical Engineering had a need for a prototyping platform for electrical drives and grid converters to be used in research and teaching purposes. The platform consists of two devices, an all-in-one control system (MicroLabBox dSPACE) and a three-phase converter designed for educational purposes (Semikron Semiteach). The problem is that the voltage levels of the control signals in these devices are different. Therefore, they cannot be directly connected. The objective of this project was to couple these two devices together by building an interface between them.
The project consisted of two goals. Primary goal was to create a functional level shifting interface. As an addition, secondary goal was to create a functional electric motor control. Project could be considered successful if the first goal is reached.
The problem was approached by making two separate level shifter interface designs in order to achieve the best possible outcome. One of the designs was made using optically isolated components and the other one by using as much integrated circuits as possible. Both designs had identical functional requirements and thus the only difference between the designs is in the used hardware.
The designs of the interface boards were based on a requirements specification document provided to the group. Key requirements for the interface were
 8 control signals shifter from 5 V to 15 V
 4 error signals shifted from 15 V to 5 V
 Functionality at maximum of 50 kHz switching frequency
 Implement an enable signal to activate IGBT and brake chopper signals functionality.
In addition to requirements sheet some practical matters were considered: the I/O of the designed boards was designed to match those of the connected devices and since the environment of use could contain electromagnetic interference, a metal casing was used.
The outcome of this project was two working level shifter designs very similar to each other. Main difference was the used components and some minor differences in physical appearance, such as the placement of connectors. Due to the pandemic situation the interfaces were never tested with the actual system, but their functionality was tested by using signal generator and oscilloscope. Primary goal of the project was reached.
During the project the group acquired knowledge in electronics, especially in signal level shifting. Also, skills in electronic design with cad-software were enhanced. In addition to electronics, our competence in project-work and time scheduling was improved.