Using the autocorrelation method to estimate periodicities, we see that different limbs move in slightly different tempi. In the left panel on figure 45, the average periodicities for the three phases, for the sensors of one participant are plotted. These are the period lengths associated with the first peaks in the autocorrelation function, or the fastest rate for each limb. We can see that e.g. for the right hand, the average tempo gets slightly faster in each phase, same goes for chest. One option for From the right panel, where the autocorrelation functions themselves are plotted, we can see that the "clearest" periodicities (highest peaks) for this participant are mostly at double the metronome tempo, or at the 1.4 second area. The feet give the clearest periodical signals overall, and as they move in an alternating pattern (see figure 34), together they form a rhythm with one step / one beat.

If we only have two systems (two dancers in this case), we could take the acceleration of their chests, for example, and use Hilbert transform to obtain their instantaneous phases, and then get their phase difference through subtraction and then see whether it stays stable or not. If the two are synchronised, they should maintain a stable phase difference (which does not have to be zero). But, as we have ten players in two teams, we need a different method. We can use the Kuramoto model, which describes collective synchronisation of a large number of independent oscillators, spontaneously synchronising their period and phase. The model explains how the oscillators sync, and we can also use it to quantify the level at which a group of oscillators have synchronised. This can be summarised in an order parameter, an index that ranges from 0 to 1, with 0 indicating disarray and 1 perfect sync. We calculated the order parameter for team 1, team 2 (in figure legend "group 1, " and "group 2"), and everyone together. Figure 6 7 shows the average OP's for each of the three phases.

For this analysis example, we use data from another pilot. Another way to look at what goes on in the game is to visualise the teams as networks. Here, the protocol was more refined, but due to a technical 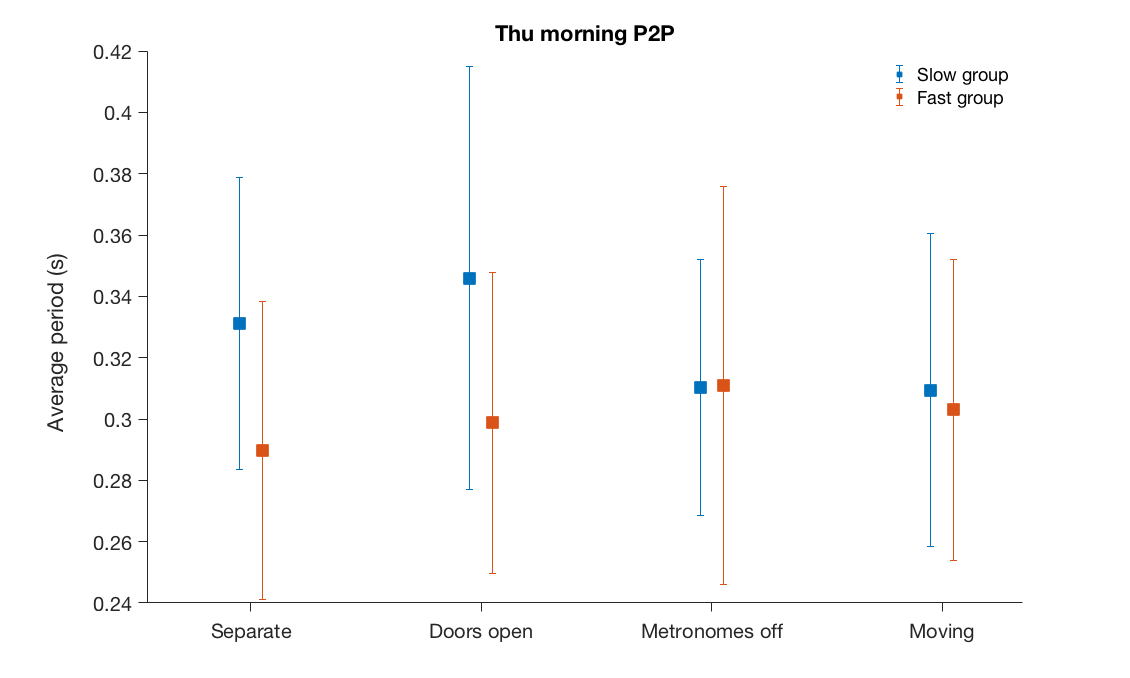 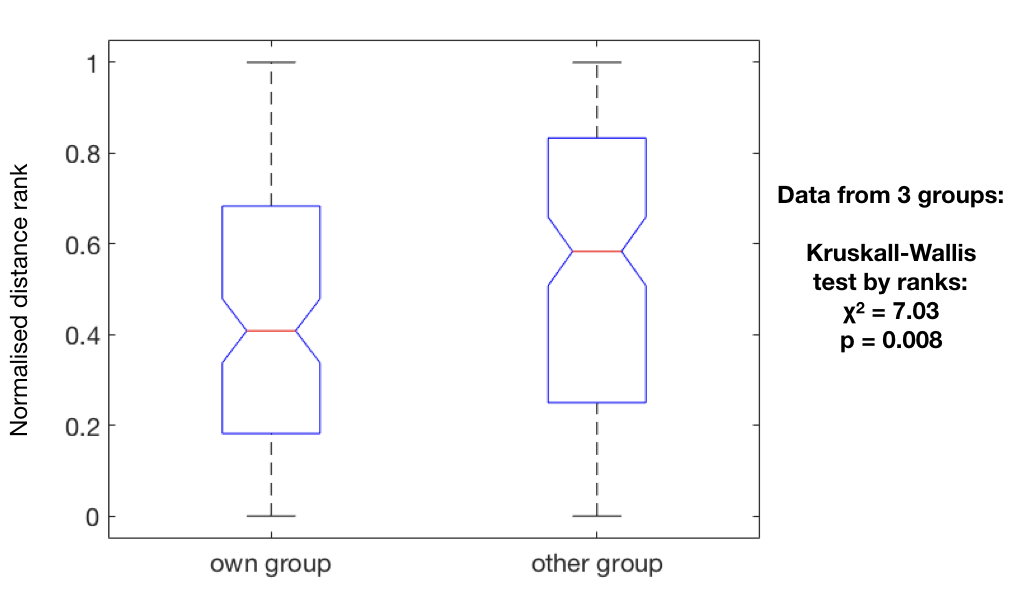 In this example, we have walked through a possible group synchronisation analysis with some accelerometer data recorded from two groups playing a sync - resist sync game. Using the Kuramoto model and the order parameter as a group synchronisation metric yields interesting information about the evolution of group synchrony. The example analysis looks at just three short windows of the original data, and is just from one group, one game. However, the whole performance could be analysed using similar methods, and for example the average OP's could be compared across different games or different groups, to compare performance within (as in pre- and post-intervention) or between participant groupswe visualise the average tempi of each participant, and the tempo differences between each pair of participants (both within and between teams) to form our graph. First, lets take a look at the overview of how this game progressed. In Figure 9 we have plotted the mean tempi in two teams for the different phases of the game. Based on these, we can say that the fast tempo team "won" the game–they kept their average tempo close to where they started, whereas the slow tempo team shifted to the fast tempo already after the metronomes were switched off, even before the teams started moving (figure 9).