The Internet of Things Research Program and Beyond

Internet of Things (IoT) and its services are becoming part of our everyday life, ways of working, and business. The long-standing visions of the personal digital assistant, smart home, smart car and the smart environment are now becoming reality with the help of mobile computing and IoT. In this talk, I will first give a summary of the Finnish IoT Research Program (2012-2016) that investigated crucial building blocks and models for the next generation of Internet services supported by a plethora of connected things and the forthcoming 5G technologies. After the IoT program summary, I will give an overview of the recent Finnish IoT and 5G developments and discuss roadmaps toward IoT deployment with focus on IoT security and privacy.

Sasu Tarkoma is a Professor of Computer Science at the University of Helsinki, and Head of the Department of Computer Science. He is also affiliated with the Helsinki Institute for Information Technology HIIT. He has authored 4 textbooks and has published over 160 scientific articles.  His research interests are Internet technology, distributed systems, data analytics, and mobile and ubiquitous computing. He is a member of the Finnish Union of University Professors, Senior Member of the Institute of Electrical and Electronics Engineers (IEEE), Professional Member of the Association for Computing Machinery (ACM). He has managed and participated in national and international research projects at the University of Helsinki, Aalto University, and Helsinki Institute for Information Technology (HIIT). He has seven granted US Patents. His research has received several Best Paper awards and mentions, for example at IEEE PerCom, ACM CCR, and ACM OSR. He is a member of the editorial board of the Computer Networks Journal and member of organizing and scientific committees of many international conferences. 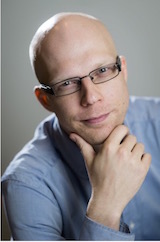