Voice is increasingly being relied upon as the means to interface with IoT devices. Nowhere is this more true both in the home and public spaces, where digital assistants are becoming as common as traditional computing devices. While enormously useful, such interfaces are problematic from a security perspective in that they accept commands from arbitrary sources. Moreover, because the relationship between a legitimate user and such an interface may be transient (e.g., in a hotel room), solutions such as voice biometrics are not entirely appropriate. In this talk, I will discuss our early work on Two Microphone Authentication (2MA), which relies on a user’s mobile device to help a nearby IoT device determine if that user was the source of a command. I will cover possible deployment scenarios, our proposed scheme, and the results of early experiments.

Patrick Traynor earned his Ph.D and M.S. in Computer Science and Engineering from the Pennsylvania State University in 2008 and 2004, respectively. His advisors were Patrick McDaniel and Tom La Porta. He earned his B.S. in Computer Science from the University of Richmond in 2002, where he also minored in Biology and Business. His first academic position was at Georgia Tech. After receiving tenure and promotion, he moved to the Univesity of Florida as part of the UFRising Preeminence Hiring Program and co-founded the Florida Institute for Cybersecurity Research.

In his spare time, he is an avid runner. His other interests include scuba diving, playing golf, hiking, cycling and hanging out with Sheila and their two children whenever he can. It’s also safe to say that he is a huge college sports fan and love to watch Penn State and Florida Gator football. 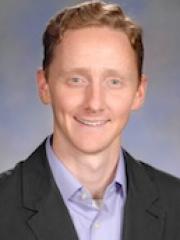