Consumer offerings for smart home IoT devices continue to proliferate.  Smart home IoT devices promise to simplify common household tasks through intelligent automation, as well as improved communication and user experience. These devices are manufactured and customized by a wide variety of vendors, many of which with insecurity software and configuration. Thus, each new device attached to the home network increases the uncertainty of the computing environment. In this talk, we discuss the potential for software defined networking (SDN) to classify and enforce network profiles on smart home IoT devices. We describe our preliminary findings and highlight the challenges and opportunities for improving home network security.

William Enck is an Associate Professor in the Department of Computer Science at the North Carolina State University where he is director of the Wolfpack Security and Privacy Research (WSPR) laboratory. Prof. Enck's research interests span the broad area of systems security, with efforts addressing security challenges in mobile applications, operating systems, cloud services, and networking. In particular, his work in mobile application security has led to significant consumer awareness and changes to platforms. Prof. Enck was awarded the National Science Foundation CAREER Award and regularly serves on program committees for top conferences in security such as USENIX Security, IEEE Security and Privacy, ACM CCS, and NDSS. He is serving as department editor for IEEE Security and Privacy Magazine and associate editor of ACM TOIT. He was program co-chair of ACM WiSec 2016 and currently serves on the steering committee. Prior joining NC State, Prof. Enck earned his Ph.D., M.S., and B.S in Computer Science and Engineering from the Pennsylvania State University in 2011, 2006, and 2004, respectively. Prof. Enck is a member of the ACM, IEEE, ISSA, and USENIX. 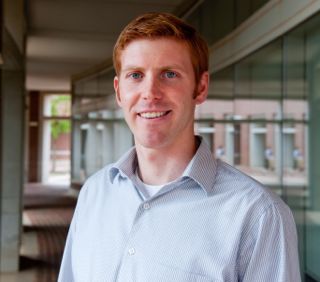