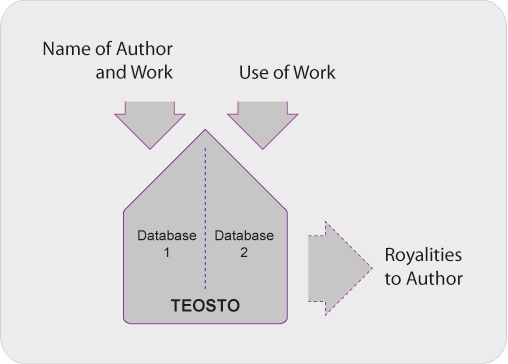 Teosto enters the works of authors of music and their right-holders in its database. The information entered in the database includes the name of the work and its authors, i.e. its composer(s), writer(s) of lyrics and arranger(s). Teosto collects information relating to the use of music from reports by performing artists, event organizers and radio and television companies. In practice, concert organizers and performers report, which musical compositions have been performed in the concert, to Teosto. Teosto also commissions different studies relating to the use of music to collect user information. On the basis of the reports and declarations, Teosto distributes royalties to the right-holders in its register. [1]