The plan is to create a revolutionary new way to enjoy hot summer days. Beer dispenser 3000 (patent pending) looks like any other cool box from the outside, but when triggered a mechanical arm will fling up and hand you a fresh can of beer. And the beers will keep coming since the cans are fitted in our highly engineered Beer Magazine setup to have the next can always ready for the mechanical arm to pickup.

Project in its final form

The motor we use comes from an old Ford Fiesta. Its a windscreen wiper motor and that has the benefits of having already the swinging motion that we wanted. We simply added gearing to increase the swing range to fit our needs. The location of the arm is measured from a potentiometer attached to the shaft. The control itself is done by an arduino. The code and the setup are shown bellow. 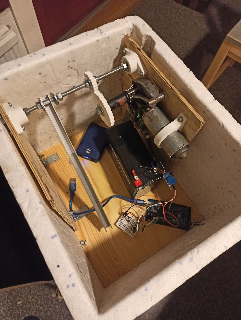 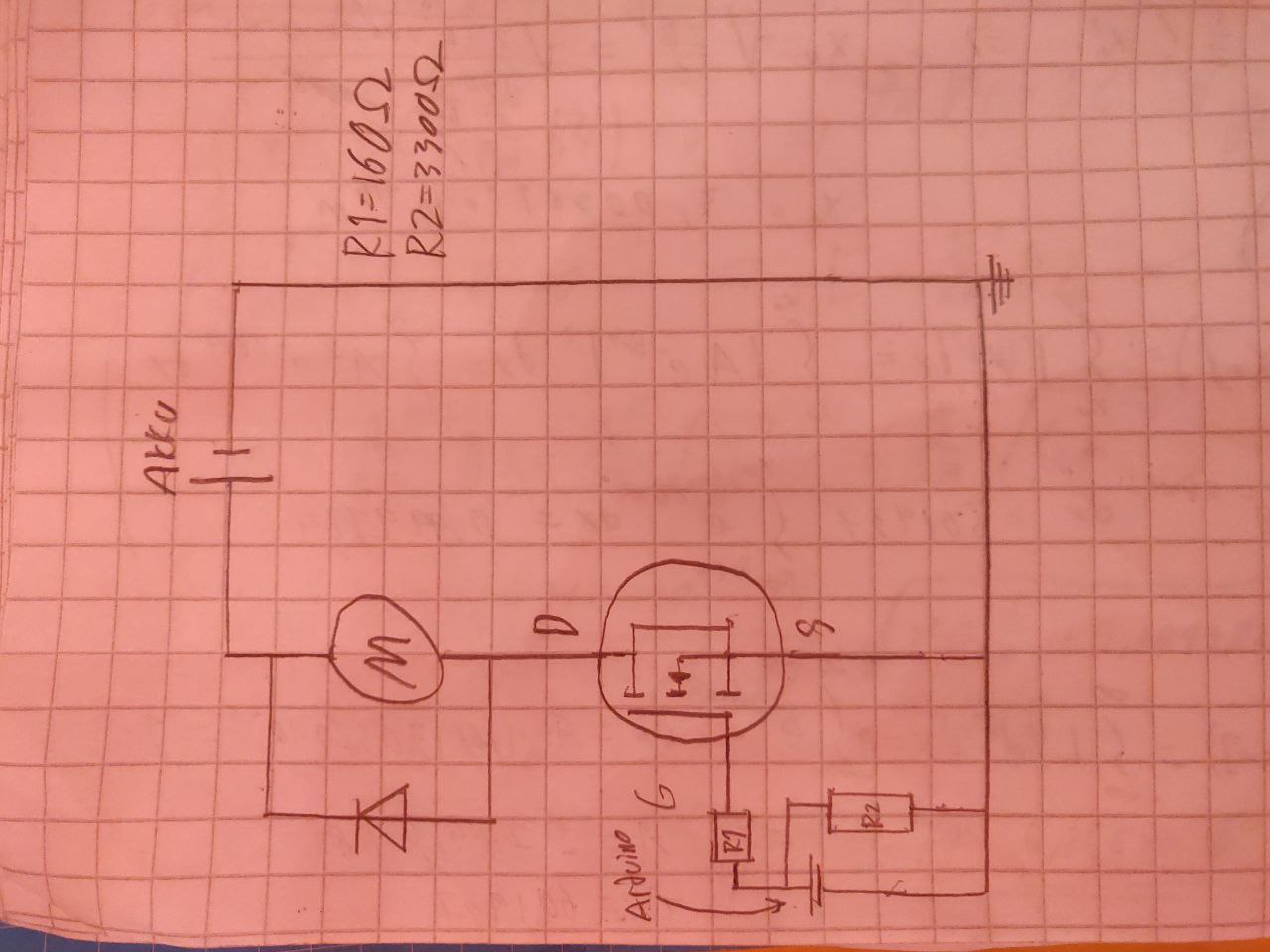 The electric circuit uses mosfet as a electrically controlled switch. It allows us to control the motor speed when speeding up and descending. We also have a flyback diode to prevent any damage to the battery caused by the backemf. As a battery we use normal led acid battery acquired from Biltema. We couldn't find the batteries for sale anymore but the datasheet can be found here: (Biltema. 29.5.2017 DATA SHEET 80410 Lead Accumulator 12V-7,2Ah. website. Seen 7.4.2022. link: https://docs.biltema.com/v2/documents/file/da/84033183-9256-4756-a912-e38085cc0755). As for the FET any that can handle 12V and 30A will do as long as it can be opened with arduinos 5V output. We used TO-262 IRL8113L acquired from partco.fi with a price of 2,94€. FET's datasheet can be found here: (IRL8113 IRL8113S IRL8113L. 11.06.2004 pratco.fi-webstore. Seen. 7.4.2022 link: https://www.partco.fi/fi/index.php?controller=attachment&id_attachment=1717). As a motor we use windshield wiper motor from Ford Fiesta. Windshield wiper motors are easy to come by and they should be generally strong enough for the task. We tested ours by measuring the axle torque with full power. We also determined the range of motion of the motors internal gearing by running it empty and marking the axle. Than we filmed the back and fourth rotation and determined a rough estimate of the degrees it will turn. Finally we worked out the max torque we could put on it based on the range of motion needed for handing over a full can which it did successfully at the end of Mechatronics circus. This kind of motors have so heavy gear ratio that we don't need to use energy for braking the motor even with full can. It is simply enough to decrease it's power when we want it to slow down. Useing recycled parts and only buying things such as resistors, diodes, battery, MOSFET and so fourth the price of the project should stay under 50€.

Bellow you can find the code that we used with comments

3. Beer magazine and can grabber

For the magazine we were planning on 3D printing it but since it would have been too time consuming and costly we figured we can just create it from plywood and cardboard. While this was not optimal due to the cardboards flimsyness we managed to get it working well enough with some rubberbands and glue. The magazine can be seen in the picture bellow before the cardboard was installed. 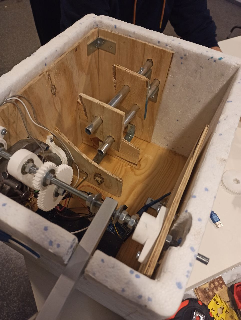 To get the cans from the magazine to the user we also needed to develop the can grabber. Early in the project we where planning to go with more of a claw type mechanism but ended up using a model that had no moving parts to keep it simple. The model can be seen bellow with one picture to get idea of the size compared to the can. Also in that picture the last piece of the grabber is not installed yet. The can grabber allows the can to come in from one side while resisting its movement on the direction of the arm swing that allows it to stay in place. The hole on the other side is there to help user getting his can with minimal effort. 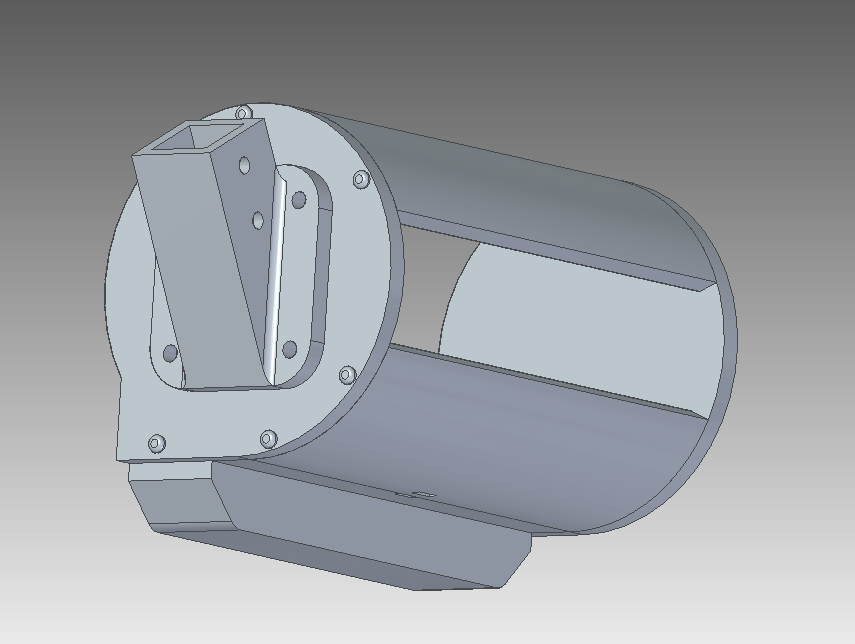 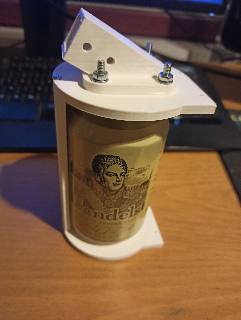 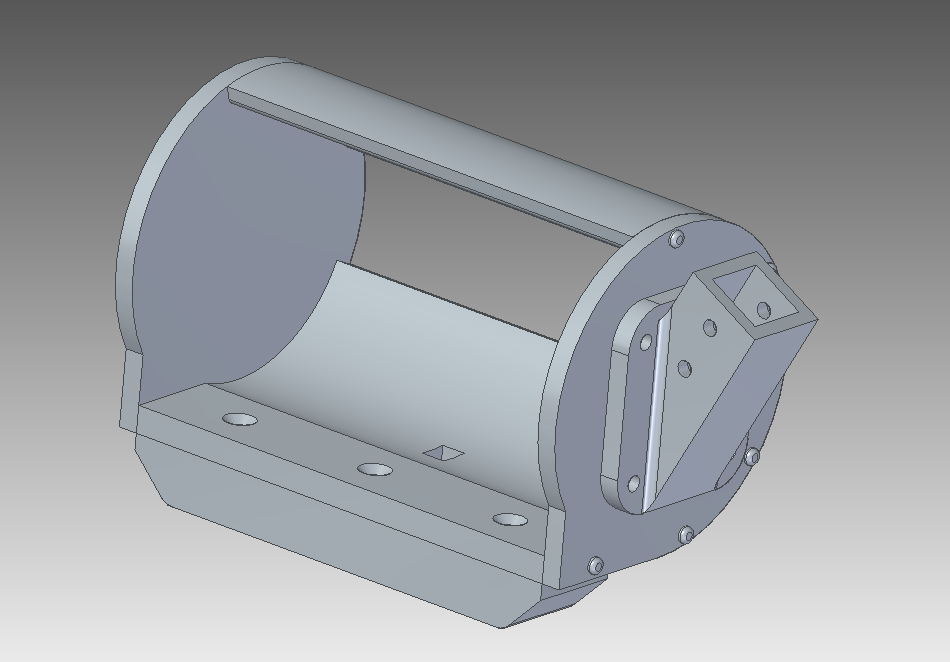 In order to keep all the beers from falling from the magazine we also created an stopper that we 3D printed. This is installed using and angle iron to get a screw to work as an axle for it. You can see the model bellow. The small gap on the front is there to hold a rubberband and that springs it up after the grabber has lifted. 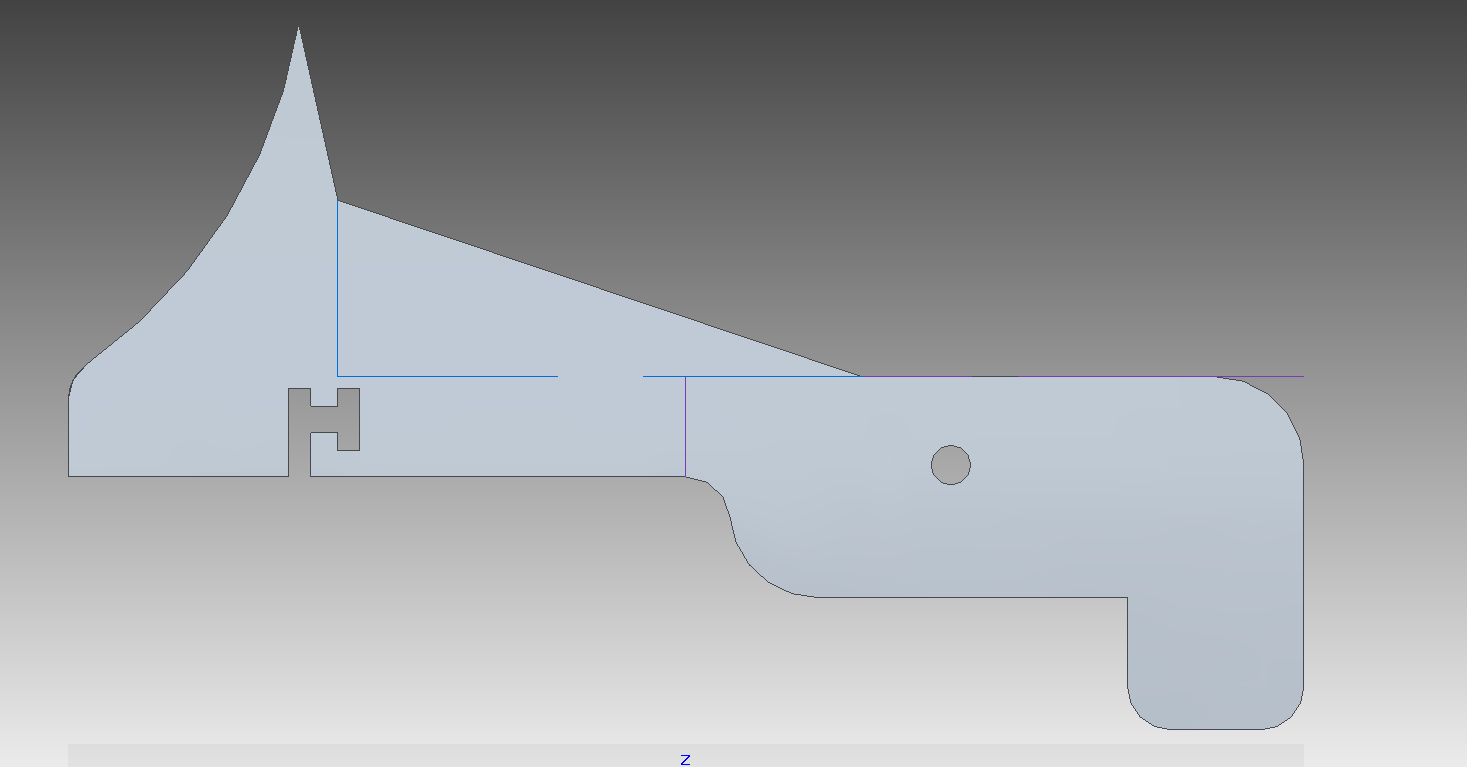