Spectrogram and the STFT

We have intuitive notion of what a high or low pitch means. Pitch refers to our perception of the frequency of a tonal sound. The Fourier spectrum of a signal reveals such frequency content. This makes the spectrum an intuitively pleasing domain to work in, because we can visually examine signals.

In practice, we work with discrete-time signals, such that the corresponding time-frequency transform is the discrete Fourier transform. It maps a length N signal xn into a complex valued frequency domain representation Xk of N coefficients as

For real-valued inputs, positive and negative frequency components are complex conjugates of each other, such that we retain N unique units of information. However, since spectra are complex-valued vectors, it is difficult to visualize them as such. A first solution would be to plot the magnitude spectrum |Xk| or power spectrum |Xk|2 . Due to large differences in the range of different frequencies, unfortunately these representations do not easily show relevant information.

The log-spectrum  \( 20\log_{10}|X_k| \) is the most common visualization of spectra and it gives the spectrum in decibels. It is useful because again, it gives a visualization where sounds can be easily interpreted.

Since Fourier transforms are covered by basic works in signal processing, we will here assume that readers are familiar with the basic properties of these transforms. 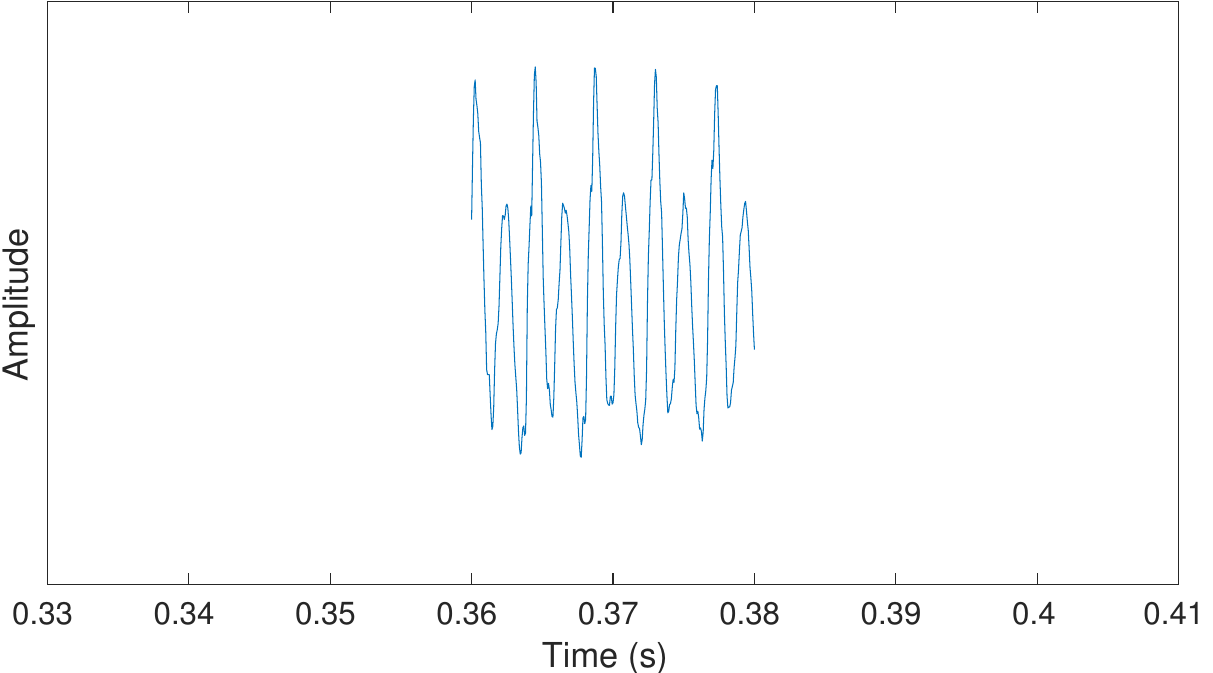 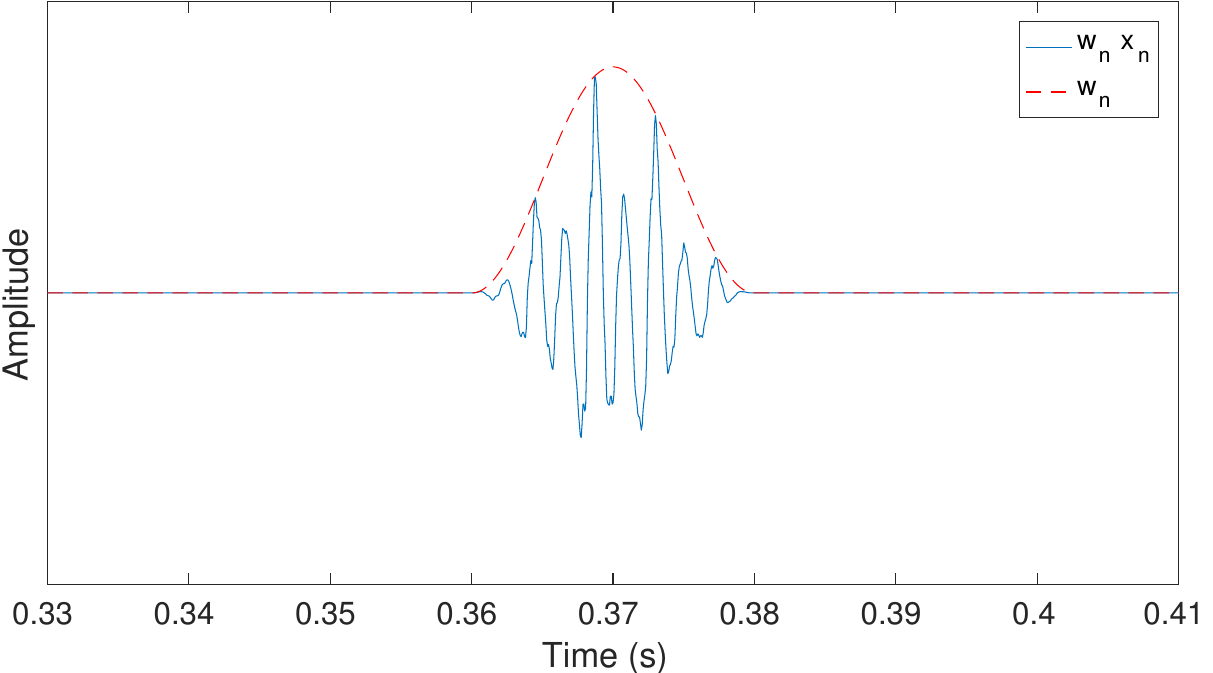 Magnitude of DFT of speech segment 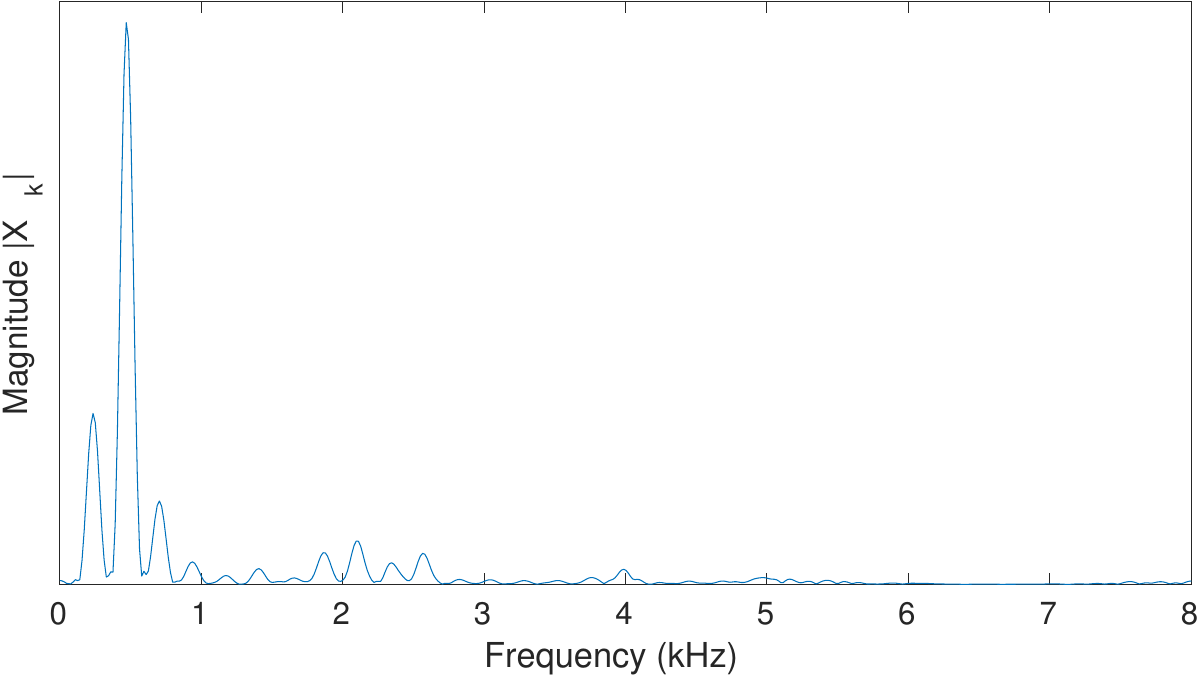 Power of DFT of speech segment 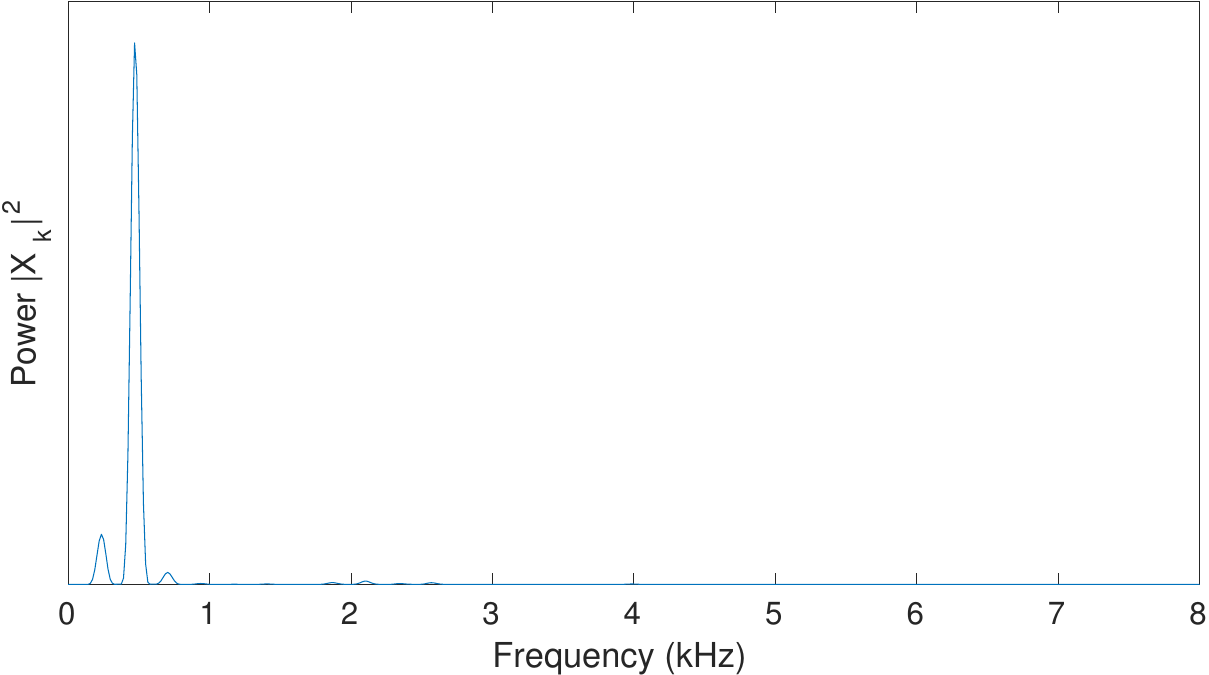 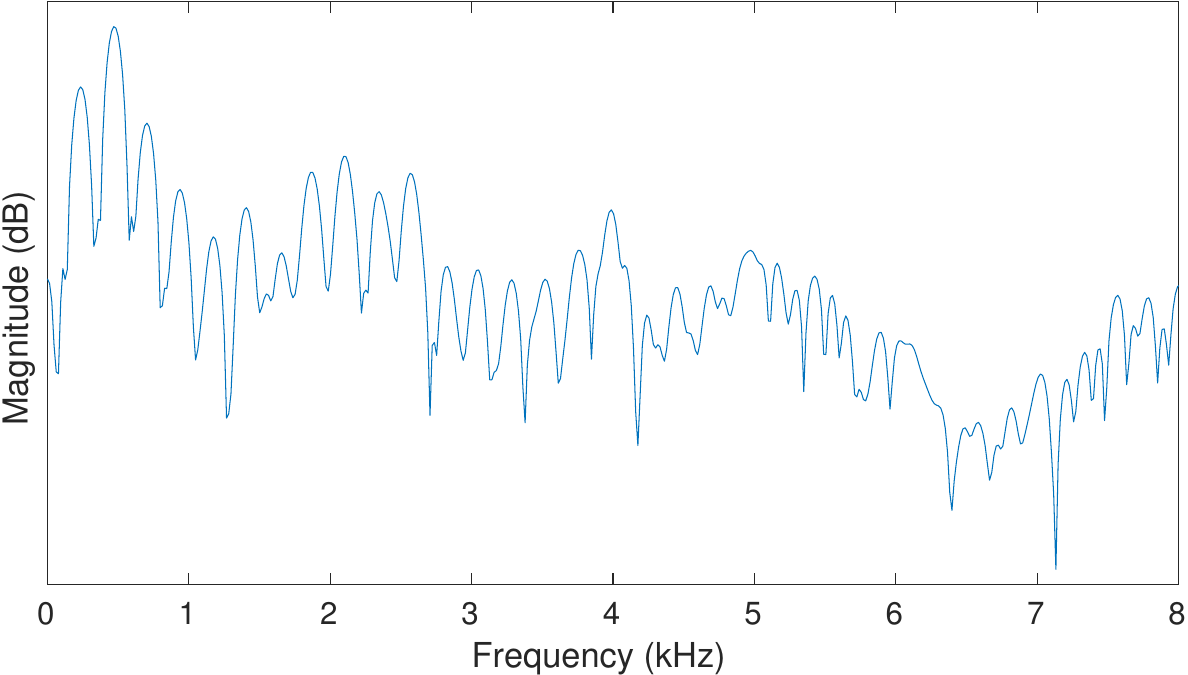 Speech signals are however non-stationary signals. If we transform a spoken sentence to the frequency domain, we obtain a spectrum which is an average of all phonemes in the sentence, whereas often we would like to see the spectrum of each individual phoneme separately.

By splitting the signal into shorter segments, we can focus on signal properties at a particular point in time. Such segmentation was already discussed in the windowing section.

The STFT is one of the most frequently used tools in speech analysis and processing. It describes the evolution of frequency components over time. Like the spectrum itself, one of the benefits of STFTs is that its parameters have a physical and intuitive interpretation.

A further parallel with a spectrum is that the output of the STFT is complex-valued, though where the spectrum is a vector, the STFT output is a matrix. As a consequence, we cannot directly visualize the complex-valued output. Instead, STFTs are usually visualized using their log-spectra,  \( 20\log_{10}(X(h,k)). \) Such 2 dimensional log-spectra can then be visualized with a heat-map known as a spectrogram.

When looking at speech in a spectrogram, like the figure on the right, depicting a sentence "Sound Example", many important features of the signal can be clearly observed:

A speech signal and its spectrogram 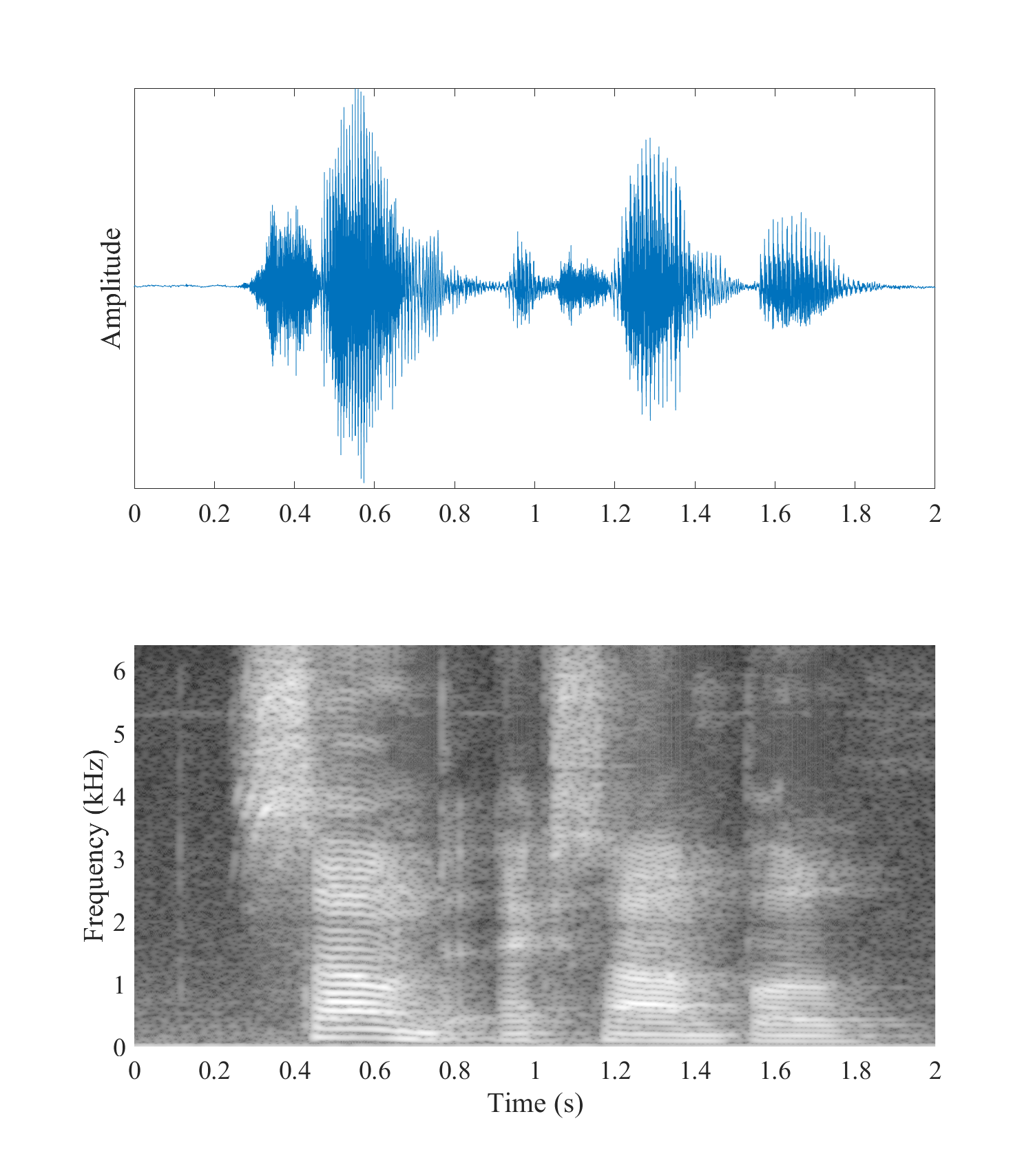