Simple, single-channel noise attenuation and dereverberation is often not sufficient for acceptable quality, especially in very noisy environments, such as in a car or on a busy sidewalk. To reach better quality, we can then add more microphones. The benefit of added microphones includes at least:

If the desired and noise sources appear at different angles, then their corresponding delays will be different. Moreover, if we add a signal z(t) with itself at a random offset δ, then the summation is destructive, that is, smaller than the original \( \frac12\left|z(t)+z(t+\delta)\right| \leq \left|z(t)\right| \) . Addition without an offset is obviously constructive, such that we can form the delay and sum estimate as

In this summation, all signals approaching from the same direction as the desired source will be additive (constructive) and other directions will be (more or less) destructive.

Trivial as it is, the delay-and-sum should however be treated as a pedagogical example only. It does not ideally amplify the desired source nor attenuate the noise source, and it is sensitive to errors in the TDOAs. 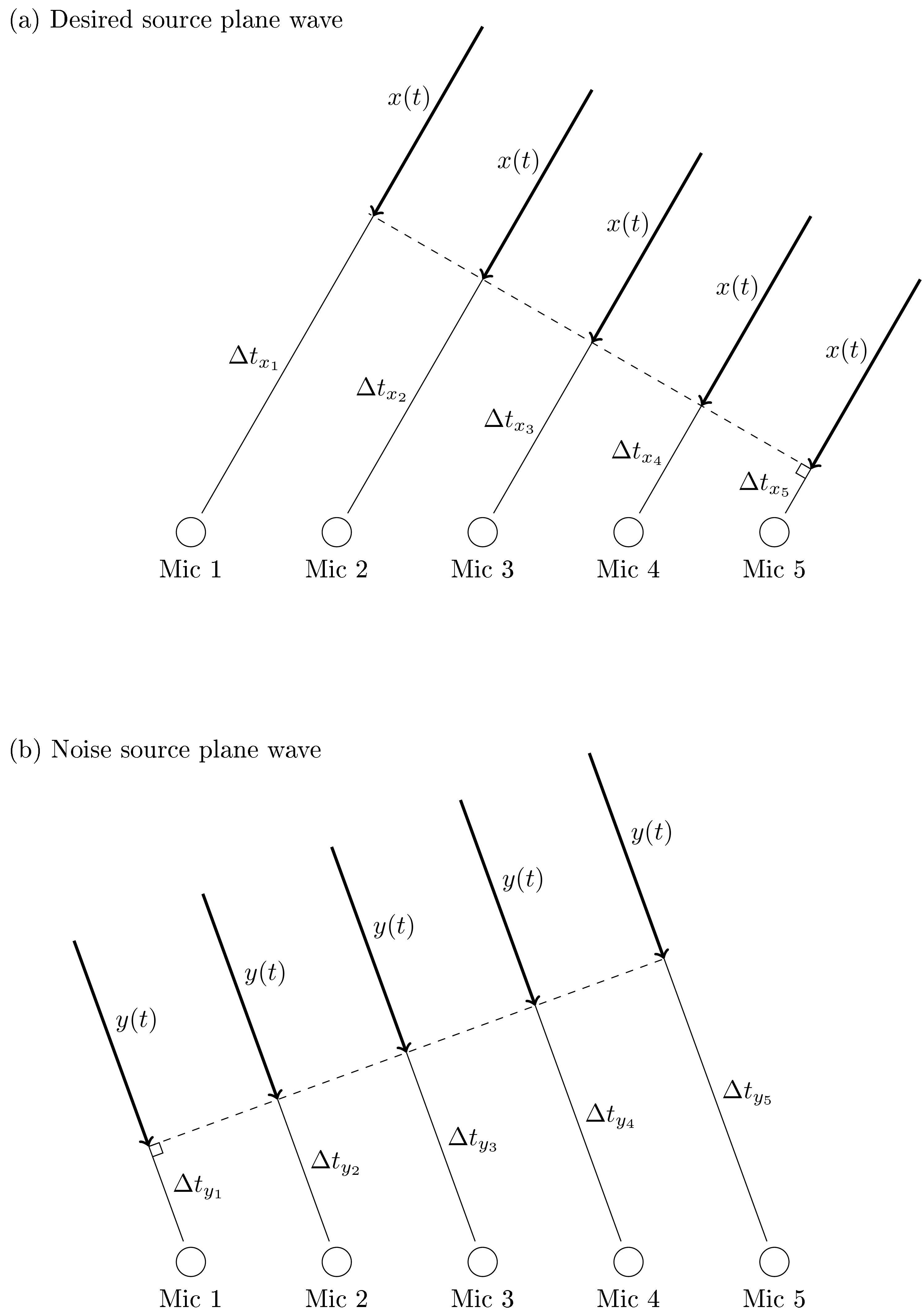