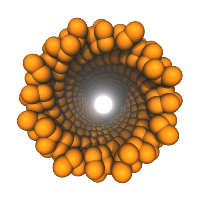 Phonopy is an open source package for phonon calculations at harmonic and quasi-harmonic levels. It can be used to study for example the phonon dispersion relations, phonon group velocities, and thermal properties of materials. The theory and implementation of Phonopy are described in more detail in a paper by Togo and Tanaka.

Phonopy is mainly written in Python and is interfaced with a number of computational materials science codes such as CRYSTAL. Phonopy can create supercells with finite displacements, for which the forces are then evaluated by CRYSTAL. Phonopy then reads the resulting forces and determines the phonon properties.

This Wiki does not cover all the functionalities of Phonopy, but gives a practical overview on how to operate it within the computational clusters at Aalto CMAT. These instructions are for Phonopy version 2.1.3. and newer.

The workflow with Phonopy is as follows:

The following subchapters include step-by-step instructions for CRYSTAL+Phonopy, using Cu2O as an example.

Phonopy commands are relatively fast to execute interactively, at least when the symmetry is high and the primitive unit cell is small (less than 10 atoms). For larger systems, the Phonopy commands need to be submitted to queue using