Because of the huge wave of enthusiasm and evangelism around the so-called Web 2.0 phenomenon, there is no single, all-covering and 'correct' definition for the term. However, here are a few good attempts: 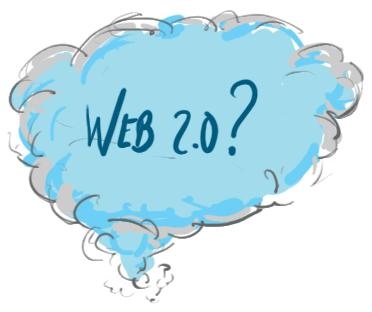 "Web 2.0 is a term describing the trend in the use of World Wide Web technology and web design that aims to enhance creativity, information sharing, and, most notably, collaboration among users. These concepts have led to the development and evolution of web-based communities and hosted services, such as social-networking sites, wikis, blogs, and folksonomies. The term became notable after the first O'Reilly Media Web 2.0 conference in 2004. Although the term suggests a new version of the World Wide Web, it does not refer to an update to any technical specifications, but to changes in the ways software developers and end-users use the Web."

Anyhow, whatever the ultimate definition for Web 2.0 may be, the following criteria at least are widely accepted to be essential to the phenomenon (Curran K, 2007):

Maria Collins describes the Web 2.0 in her Electronic Journal Forum column, "Web 2.0, Library 2.0, and the Hyperlinked Library", as follows:

Simply, Web 2.0 is the next incarnation of the World Wide Web, where digital tools allow users to create, change, and publish dynamic content of all kinds. Other Web 2.0 tools syndicate and aggregate this content. In this ecology, users will all be publishers and creators of their own information and entertainment channels. (...) To better understand Web 2.0, it is useful to examine its principles or affordances. These include conversations, community, participation, a sense of experience, and sharing.

To summarize: In Web 2.0, the surfers generate the wave 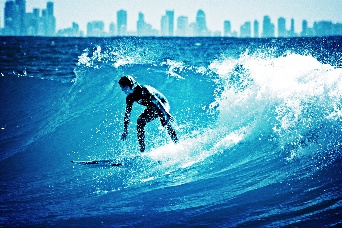 Good examples of Web 2.0 applications are for example (Rantanen, 2007):

Other well-known websites and organizations taking advantage of user-generated content include:

As seen here, Web 2.0 applications and social software are revolutionizing the way we communicate, find information, purchase things and navigate the web and the world in general. The change has only begun. The development is further accelerated by the fact that "computer processing is becoming so powerful that traditional desktop tasks can be moved to centralized super computers, which are accessed and controlled through the Web. Applications moving to the Web increase also the momentum of Web 2.0 applications" (Rantanen, 2007). This can be seen in the increase of social software users globally, and the rate at which new applications are being developed at the moment. For example, on November 3, 2007, there were seven thousand different applications on Facebook, with another hundred created everyday (Catherine Rampell: Widgets Become Coins of the Social Realm, retrieved 2008-07-01).